On Saturday 14th May seventeen yachts turned out for the first race in the IRC Solent Region Championship run by the Island Sailing Club who also ran the ISCRS class.  With the forecast of very light winds all day the start was postponed for an hour and it was decided by the Race Team it was not practical to send the fleets past Hurst Castle into Christchurch Bay so a rounding mark just to the east of Hurst spit was chosen.

The IRC class had a good start and with the tide under them the leaders rounded the first mark at 12:40. The return leg was a lot slower as they had to contend with the adverse Spring tides and the variable winds which gave all competitors a real challenge.  On reaching Cowes the winds became particularly light and variable but by now the tide was with the fleet.

In the IRC Class it was Whooper (G Belgrano) who crossed the finish first at 16:20 but was beaten on corrected time by RIOT sailed by Greig City Academy even though they finished approximately 20 minutes afterwards.

Only 4 boats finished before the time limit expired and congratulations for Emoyeni for winning the ISCRS class on corrected time.

Next event in the Series

The next event in the Championship series is Round 2 at the Royal Southern Yacht Club Platinum Regatta on the 4th & 5th June and further details can be found at www.royal-southern.co.uk 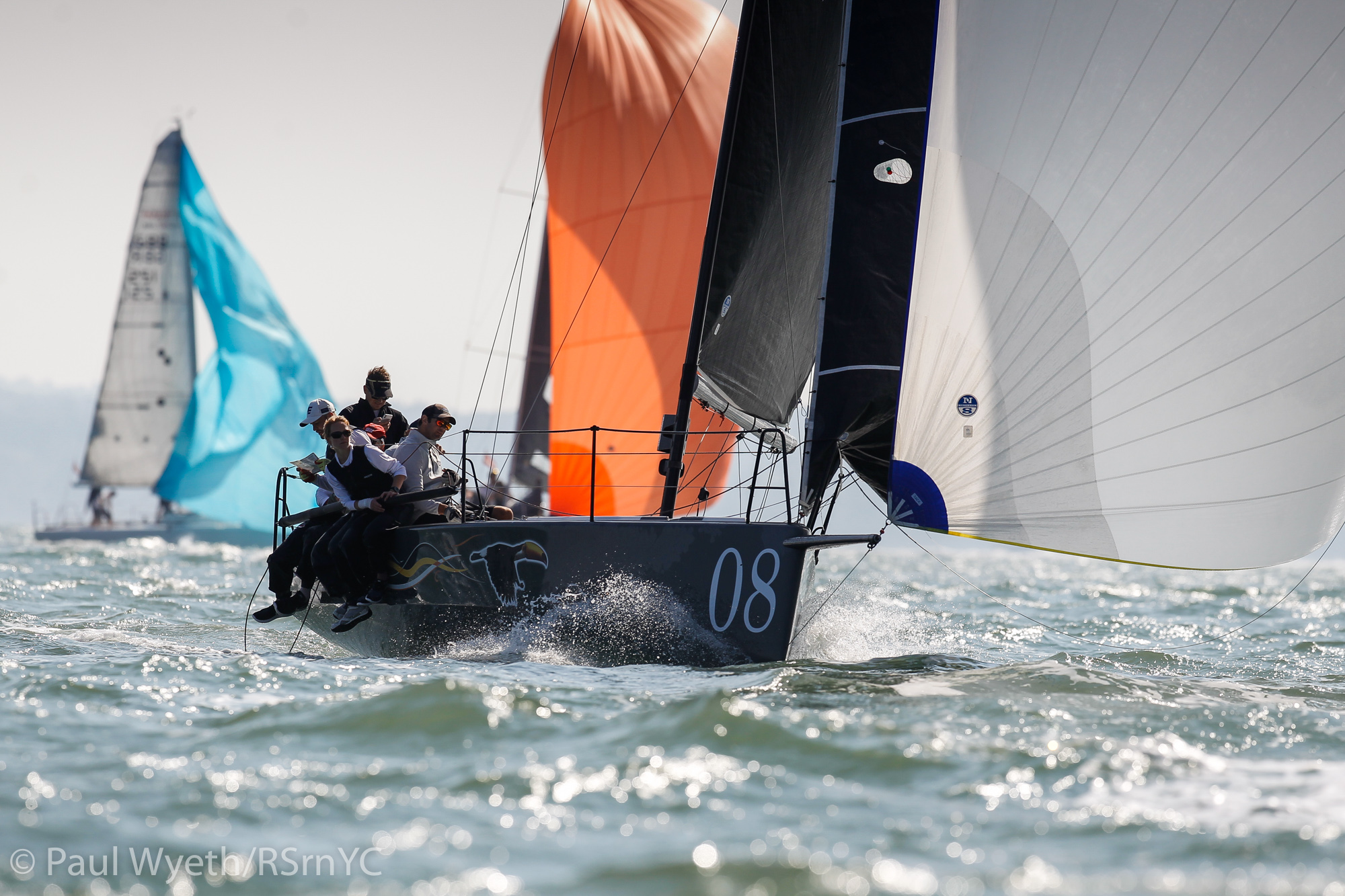