It was with great sadness that the SCRA learned of the sudden death of Stephen Parry, SCRA Council member and Chairman of SIRCOA. Stephen suffered a heart attack at home in the early hours of Friday 7th May 2021.

He was liked and respected by all those who knew, met and worked with him, and will be remembered for his honest cheerfulness and willingness to get stuck in and roll up his sleeves to do any job.

He was active in many aspects of Solent sailing, sitting on the SCRA council and organising class and championship racing in his capacity as an RYA National Race Officer.

Stephen led the Royal Southampton Yacht Club's team at Cowes Week, where he was the club's representative on the Sailing Committee, and as Chief Race Officer led the on-water team on the Mini series racecourse.

Stephen will be hugely missed by everybody at the SCRA. 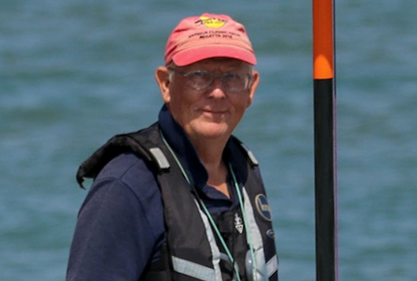